2015 Join the Campaign to Remove Supervision

All Midwives Care About Reducing Cesareans AND

California is one of the six states that still require physician supervision for all nurse-midwifery practice.

When we started the Stand By Your Midwives Facebook page about three years ago, we were encouraged to see our grassroots efforts mirrored in the efforts of CFAM.
Together we have shared two years of strident outreach and major successes….now the work of 4000 CFAM followers and 2000 SBYM followers (most members of both)!
The passage of SB1308 last year and the recent stay of the BRN’s appeal against Yelena’s Writ of Mandate showed how LM success and CNM success are mutually reinforcing. CFAM graciously supported us in our regulatory fight eliciting consumer awareness and support, rallying us to Stand by All Midwives
Thanks to CFAM’s inclusive mission statement,
the families of all midwives have felt part of the fold. 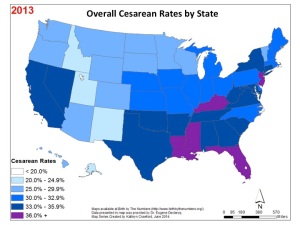 California also has one of the highest rates of cesareans for first time deliveries in the nation.

.
.
WE are now at what seems like a fork in the road.
Amendments to AB1306 for CNMs can be seen as threatening to the efforts currently under way for LMs.
In California Legislature, amendments made in one bill can have ripple effects on others. Just like SB1308 paved the way to encourage CNMA to sponsor AB1306  (regulation makers like to see parity between midwifery professions), AB1306 may pave the way for discouraging changes in SB1308.
Specifically, by putting limits on CNMs right to provide VBACs anywhere but in hospital settings, there is a chance it will strengthen ACOG’s argument for the same limit to be placed on LMs.
.
.
Some may argue that CFAM had no choice at this time but to remove their support for the passage of AB1306 and thus bring an end to our two year history of mutual advocacy.  😦
In the world of politics, this is how bills get killed.
Divide and Conquer.
.
.
.
Certified Nurse-Midwives continue to be severely limited in their ability to practice safely and autonomously, especially in the home setting. We need the passage of AB1306 in order to increase choices for California families choosing the care of nurse midwives.
Stand By Your Midwives will advocate continuing the work of moving AB1306 forward through the legislative process.
Our dedicated followers will get some very troubling confusing messages as we spin our now separate causes. 😦
Guess who wins? ACOG wins. CMA wins.
Here’s another option.
SBYM and CFAM  work together to both
1) reduce the cesarean rate in California hospitals AND
2) empower women with expanded choices regarding trial of labor after cesarean delivery.
.
That is:
.
1) Support AB1306. Support CNMs (95% of whom work in hospitals) as they continue their legislative battle to gain leadership in increasing vaginal deliveries in and out of the hospital. Support the removal of supervision for them regardless of the stance they must take regarding HBAC deliveries.
.
AND
.
2) Focus on helping proponents of SB1308 as they further define the intricacies of their regulations. Finding confidence in working the fine print of the bill to keep it from limiting women’s choice to safely employ LMs in HBAC deliveries.
.
In Solidarity,
Kavita and Yelena

Read the text of AB1306 with latest amendments 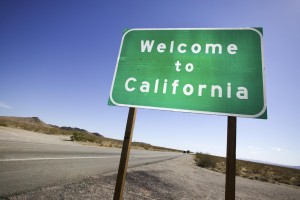 2015 Join the Campaign to Remove Supervision (written one year ago)

We are delighted to announce that a transformative new midwifery bill (AB1306) has been introduced in the California State Assembly. It stands to fully authorize nurse midwifery care both within and outside the hospital setting. The intent of the bill is to remove restrictive language from previous laws so as to allow for improved collaborative care provided by nurse midwives and their physician colleagues. Its arrival is the result of significant good faith integration of research between nurse midwife and obstetric organizations; this represents a targeted effort to establish the safest possible middle ground between countervailing positions regarding best birth practices. The reasons for this bill’s timeliness are as illuminative as the political truces it has inspired. Both show an awareness of the maturing of public opinion on the subject of birth: reducing risk in childbirth requires clear pathways for seamless collaboration between “different but integrated” models of care.

97% of Certified Nurse Midwife (CNM) care in California is provided in hospital settings in close collaboration with physicians. In these settings, nurse-midwives often face arbitrary requirements to demonstrate a supervisory relationship with a physician.  This results in limiting the ability of CNMs to provide care in a variety of geographic areas and healthcare facilities, as well as limiting their ability to provide full scope of services in underserved communities.  Providing supervision to fully qualified CNMs places an outdated and unnecessary burden on physicians.  Most facilities require physician co-signatures for admission and discharge, even though the physician may not have been present during care and may not have had a personal encounter with the patient.  This results in physicians providing record-keeping documentation when they could be providing direct care to patients.

The Risks of Hospital vs. Home Birth Deliveries

The difficulty in obtaining a supervisor has resulted in barriers to provision of care to women seeking out-of-hospital services. Though out of hospital births account for only 3% of CNM led care, conversations around home and birth center birth get the lion’s share of attention. In it’s February 24 Room For Debate series “How Safe is Home Birth”, the New York Times has helped focus attention on key points of concern. While posited as a debate, there is little disagreement about the findings for both midwives and doctors.

In sum, there is a need to improve the quality of care and communication in the following areas of overlap between home and hospital: collaborative perinatal risk assessments between midwives and physicians; seamless transfers to hospitals should emergencies arise; and rapid access to emergency measures as required. Such steps will directly reduce all the risk factors outlined by the combined studies of midwifery and physician organizations. But first, the laws regarding physician supervision must be modernized to remove risks of liability faced by doctors.

The Liability Hazards of Home Birth Deliveries in California

Whether or not you would choose to have a home birth, most California citizen’s are under the impression that there are legal mechanisms in place to have a midwife in attendance at home, preferably a midwife with medical training. As it turns out, medical malpractice insurance companies are not beholden to your right to a home birth and have excluded coverage to any physician that associates with home birth midwives in a supervisory capacity. As such, midwives and physicians who are willing and able to provide collaborative care in the home are bound by liability to remain at arms length from one another.

For the past forty years, midwives in California and the Board of Registered Nursing (BRN) that oversee them have interpreted the intent of the “under the supervision of a physician” clause to mean “in collaboration and consultation with a team of physicians” (as it is practiced nationally). This omits the obstacle of forcing the supervising signature of any one physician while following the intent of the law. This also ensures that there are many OBGYNs, hospitalists, and doctors who are ready for consultation and for emergency transfers should they be needed

Though this collaborative style of physician / midwife interaction has been working increasingly well over the last 10 years, physicians know the insurance risks at stake and are thus still obligated to distance themselves from any overlap of care between the hospital and home settings. This liability conundrum faced by physicians creates unnecessary risks for all players; consumers, midwives, and doctors alike. Malpractice coverage is available and carried by most CNMs.

The Solution – Key Provisions of AB 1306

Increased autonomy in practice brings increased measures for self regulation and accountability. Midwifery offers an emphasis on birth as a natural, physiologic process, allowing for a full suite of services (in keeping with the unique values and health perspectives of families) that are not necessarily addressed within the medical model of care. Though this physiologic model of care is different than the medical model, they are aligned within standards of care described in the ACOG/ACNM joint statement.

Regarding medical malpractice insurance, physicians and midwives need to be held legally liable (and protected) only according to the standards of care of their own “different but integrated” professions. CNMs  can  obtain  malpractice  insurance  with  or  without physician supervision.  Were physician supervision removed from state  statute,  CNMs would continue to be able to obtain independent malpractice coverage.

AB 1306 will define the mechanisms that bridge physiologic and medical models of care while recognizing that they remain distinct. As advances in both models of care take place over time, so too will the definition of “low risk births”. The lack of specificity regarding how to define low risk births as applied to midwifery creates an untenable situation for the BRN charged with legal oversight of CNM practices. In order to make clear the standards of safety within this evolving landscape, the BRN review committee has insisted that a CNM advisory group be charged with making updated bulletins with specific interpretations of law. This bill makes such a group mandatory.

Though the provision and implementation of emergency procedures has always been within the scope of practice for certified nurse midwives, the bill specifies that midwives can perform all functions within their scope of practice under their own authority rather than under standardized procedures. The bill also allows for these procedures to be allowed in all settings including the home. Episiotomy, laceration repair, and the furnishing of pharmaceutical medications are included as instrumental provisions of emergency care in the home setting or while awaiting transport to a hospital facility

2 responses to “2015 Join the Campaign to Remove Supervision”